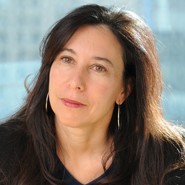 Her experience includes sitting as an elected Director to the American Immigration Lawyers Association Board of Governors for the last ten years.  She is a  member  of  the  Ontario  Bar  Association  and    the Canadian Bar Association and she currently volunteers on the American Immigration Lawyers Association Liaison Committee with US Customs and Border Protection, Department of Homeland Security.  Heather is widely respected for her vast experience in cross border and consular work as well as Canadian immigration law. She is regularly invited to speak throughout the world on immigration matters.

Prior to opening her own firm, Heather was a partner at one of the “Big 4” Law Firms in Canada for 20 years. Heather earned her law degree from Queen’s University in 1994. She then completed her Master of Laws in Immigration from the University of California, Berkeley – School of Law in 1996.